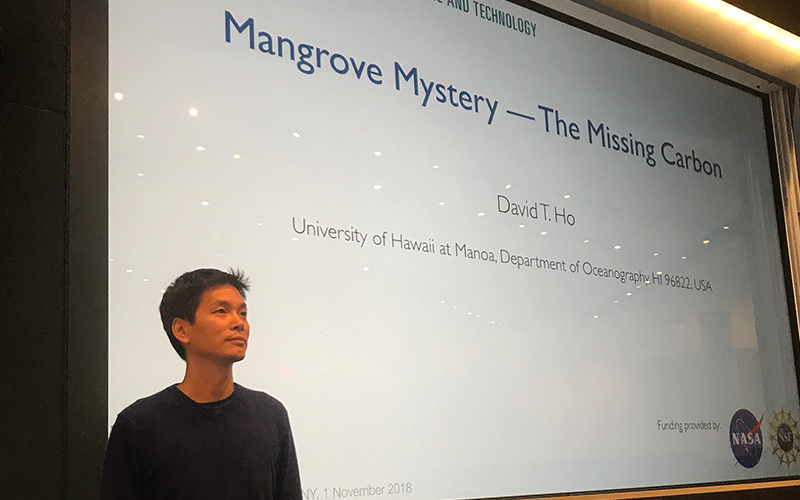 At the November edition of MƒA’s Thursday Thinks, MƒA’s public speaker series held on the first Thursday of each month featuring STEM experts, Dr. David Ho shared his research experiences on mangrove forests of South Florida and their role in the carbon cycle. Over 100 teachers were eager to hear from Dr. Ho, who currently works as an oceanographer at the University of Hawaii at Manoa, when word spread that he has conducted research on all seven continents and five oceans on Earth. Throughout the talk “Mangrove Mystery – The Missing Carbon,” Dr. Ho shared that these forests provide an interesting and potentially very important research platform, as mangroves capture atmospheric carbon at a rate disproportionate to their biomass.

A published “mystery” about the mangrove forests piqued Professor Ho’s interest in the systems. At the time there appeared a discrepancy between the rates of carbon entering the system and leaving it. Dr. Ho invited his audience to share in the spirit of inquiry as he set about testing ideas related to the mystery. He described the creative process of trying to fit a model explaining all the possible sources and sinks for carbon in the local system. He next illustrated the process of characterizing those mechanisms and the methodology required to make the measurements. For example, in order to determine the rate at which dissolved carbon dioxide migrates to the air, he and his team injected dyes into the local water and measured the rate at which their concentration changed. To do so, Dr. Ho modified a procedure he employs for a similar measurement in the open ocean. In another process aimed at determining whether carbon arose from organic or inorganic sources, Dr. Ho and his colleagues employed mass spectrometry to determine the relative amount of the isotope carbon-13 in their samples. With each successive slide Dr. Ho exhibited the joy in discovering clues and ultimately arriving at a solution to the mystery (spoiler alert: inorganic carbon had been underrepresented in earlier experiments).

Social details stand as perhaps of greater importance to the spirit of inquiry than the technical details. Professor Ho made completely transparent the humanity and civic engagement typical of a career in science. The notions of collaboration and shared experiences, so central to the spirit of our M­ƒA community, permeated the presentation. He explained how a bond formed between himself and a fellow graduate student led, years later, to working together in the Everglades. In response to his initial publications, Dr. Ho’s work attracted the attention of a scientist engaged in mangrove research in Australia, leading to a partnership that sparked important debates about the specific methods used to measure carbon. The freely open publication of ideas also led to a collaboration between Dr. Ho’s team and researchers in Vietnam concerned about the conflict between mangrove forest health and shrimp farming operations, directly linking the research to public policy issues. Stories about being particularly prone to mosquito bites and the angst Dr. Ho experienced (from afar) as a major hurricane threatened the Florida research location humanized the operations, as did his account of explaining the importance of “fresh eyes” when problem solving.

The evening ended with a question and answer session that demonstrated how engaged the mostly teacher audience had been throughout the talk. Questions ranged from technical details (such as whether carbon cycling through local fish populations altered the model in any way) to the importance of Dr. Ho’s work in shaping public policy. Dr. Ho humbly explained that while his work has been cited by the Intergovernmental Panel on Climate Change, and that he understood the importance of scientists engaging with policy makers, he did not often directly engage with public policy makers himself. I think I speak for the teachers in attendance in politely disagreeing. By taking time out of a busy (and international!) travel schedule to share his research with the MƒA Thursday Thinks audience, hundreds of New York City public school teachers and, as a result, thousands of their students heard his ideas the very next day. Our best hope for sewing the seeds of climate action rests in making sure our students remain well informed. 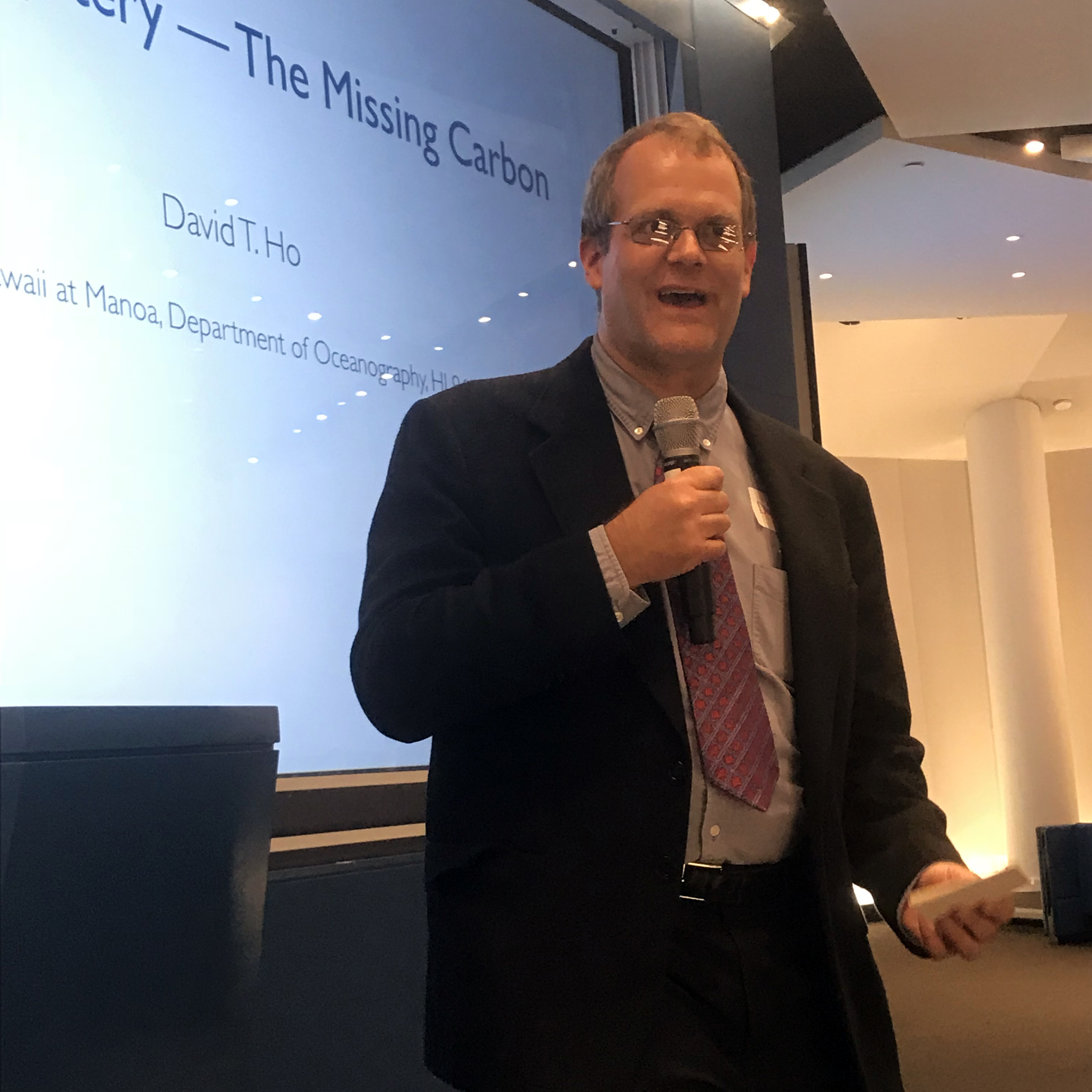 David Deutsch is in his second MƒA Master Teacher Fellowship. He teaches physics at the Manhattan Center for Science and Mathematics.